Last week was so crazy I never got to put down and post my Caturday Thoughts. So this week there is a double feature. Since it’s National Book Month as well as spooky Halloween month, I thought I’d share some at cat books I’ve enjoyed. There is a positive message in all these books and they are fun and interesting. Fake Halloween scares are OK but these days there is so much negativity out there I feel like it’s necessary to fight back. 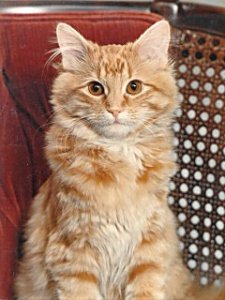 What better way to start a list of cat books for Book Month than Dewey: The Small-Town Library Cat Who Touched the World. It became a best seller for a reason. It’s good. Published in September 2008, the book recounts the life of Dewey Readmore Books, the cat in residence at the Spencer Public Library in Spencer, Iowa.

Grand Central Publishing paid $1.2 million to Vicki Myron, head librarian, and co-author Bret Witter for the rights to the cat’s life story. In addition to discussing Dewey’s life from his discovery in the library drop bin on a cold winter’s night, to his unlikely fame, to his death in 2006, Myron covers issues in her life as she dealt with illness and the challenges of being a single mother. Dewey is portrayed as a loving cat who primarily lived in the library and connected with patrons.

A Street Cat Named Bob: And How He Saved My Life was published in the US on 30 July 2013, and entered The New York Times‘ best-seller list at No 7. It is the story of a stray cat and a street person, James Bowen,

James Bowen was often bullied at school. He later dropped out in his second year of high school, becoming a self-confessed “tearaway kid”, He was later diagnosed with ADHD, schizophrenia and manic depression. So perhaps it was not surprising that he became homeless, either sleeping in the streets or staying in shelters. He began using heroin to deal with the pain. .

In spring 2007, he had progressed to being enrolled on a methadone program, busking in Covent Garden, and living in a supported housing program in Tottenham, London. One evening he returned home to find a ginger cat in the hallway of his building. This was the beginning of the partnership that transformed his life and turned two strays into celebrities. The cat began following him everywhere, even onto the bus. Concerned that the cat had nowhere else to go, Bowen took him in permanently, naming him Bob after the character Killer BOB from the television drama Twin Peaks and teaching him to wear a harness to.travel safely.

He credits this development to Bob, saying “I believe it came down to this little man. He came and asked me for help, and he needed me more than I needed to abuse my own body. He is what I wake up for every day now… he’s definitely given me the right direction to live my life.” It’s a fine testament to the redemptive power of the feline species.

Making Rounds with Oscar: The Extraordinary Gift of an Ordinary Cat by David Dosa, M.D. records the story of still another cat who dramatically changed lives. The book was released in February 2010 and spent eight weeks on the New York Times Bestseller list. Oscar, who resides on the third floor in Safe Haven Advanced Care, part of Steere House, became the subject of a book because of his uncanny behavior. David Dosa is a geriatrician with patients here at the facility. His book followed a 2007 publication of an essay which appeared in the New England Journal of Medicine. The essay shared the story of Oscar and his extraordinary gift to instinctively sense when end of life is near.  With his behavior, Oscar has helped to provide comfort and companionship when people have needed it most.

If you think a book about a place full of people with dementia and in the final stages of life will be depressing, fear not. Oscar’s story is both fascinating  and uplifting and is populated by some wonderful people as well. Steere House believes in the therapeutic benefits of animal companionship and it has not been just Oscar.  Over the years, they have been home to a variety of animals, including a number of cats, parakeets, a floppy-eared bunny and several regular canine visitors. It just shows how even in what many imagine to be the worst situation, a cat or other animal can bring light into the darkness.

Gwen Cooper was living in the Miami area when her veterinarian called with a story about a three-week-old eyeless male kitten who’d been abandoned, a little reluctance was understandable. She already had two other cats and worked in non-profit administration for a number of national and local organisations, not a well paying field.  But Homer was irresistible and it was love at first sight. She named him Homer after the blind Greek poet, author of the The Iliad and The Odyssey. This tiny kitten who at first seemed so helpless grew up into a healthy, confident cat, who, on a night in 2000,  confronted an armed thief who had broken into their apartment, slashing at the intruder and chasing him out the front door.   In 2001 Cooper and her cats moved to the financial district in downtown New York City, seven months before the September 11 attacks on the World Trade Center. No spoilers here, if you haven’t read the book you’ll have to read to find out what happened then. I can only sat that after I read it, I thought Gwen had the world’s most awesome cat sitter. Homer and Gwen both made it through just fine, with Homer sharing many more years with Gwen and her future husband.

I am a cat lover, a writer, and an overextended blogger trying to foster for a cat rescue, finish a Master's degree and rehab a fixer upper house i bought.
View all posts by angela1313 →
This entry was posted in Books, Cats and tagged Bob, Books, cats, Dewey, homeless, Homer, library, Oscar, Steere House, stray, therapy animals. Bookmark the permalink.