Lìqiū 立秋, or Risshū in Japanese, Ipchu in Korean, or Lập thu in Vietnamese is  the 13th solar term of the year. It begins when the Sun reaches the celestial longitude of 135° and ends when it reaches the longitude of 150°. In terms of the western Gregorian calendar, it usually begins around August 7 and ends around August 23, as it does this year. Liqiu signifies the beginning of autumn in East Asian cultures in spite of coming in August which we still think of as summer.

According to historical records, the Autumn Commences not only foretells the end of the intense summer heat, but also indicates the harvest season is approaching. It portends a time when early rice is gathered and late rice is transplanted. It is the time that autumn crops come into their crucial growing stage. In ancient China, people put a lot of emphasis on Autumn Commences since they regarded it as a significant turning point. s recorded, in the Song Dynasty (960-1279), potted Chinese phoenix trees would be moved into palace halls on the day of the Start of Autumn. At the precisely calculated time of the start of Autumn, an official would shout “Autumn is coming!” Then along with the dropping of phoenix tree leaves, autumn officially began.

There are pentad divisions for Autumn Commences. The first is “Comes the cool wind”. It is at Autumn Commences that northern winds start to prevail in many parts of China, bringing coolness and of setting the heat. The second pentad is “White dew falls”. During this period of time, it is still very hot in daytime but not at night. The difference in temperature between the day and the now cooler nights means dew will form on the surface of grass and plants in the morning. The third pentad is “Cicadas are crying.” With sufficient food and cooling evenings, cicadas are very nosy around this time. Some say they are calling that cooler weather is coming. I find that the mornings they are singing turn out to be quite hot. When I was very young, my grandfather told me they were crying for more heat and we would get a hot day because nature always gave them what they asked. For years I called them “More Heats”.

As it happens we are having weather matching exactly the Autumn Commences description here now, and the cicadas are noisy in the morning. When Autumn Commences starts, many places in China are still very hot. Although it may remain hot for some time, it does begin slowly to cool, starting in the nights. The difference in temperature between the day and the night becomes more and more obvious. However, due to the size of China and the diversity of climate throughout the country, the true starting time of autumn differs. 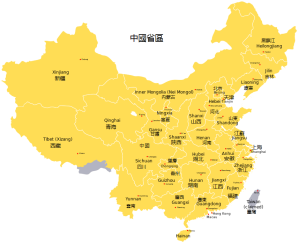 Heilongjiang Province and north Xinjiang Province meet autumn around the solar term period, earlier than any other parts of China. Normally, autumn will arrive in most of northern China in early September and in the southwest part and Qinhuai area in mid September. In October, it reaches the Jiangnan and then Lingnan areas. In mid November autumn moves to Leizhou Peninsula and north Hainan Island. By the time  autumn eventually comes to tropical Sanya City, the southernmost point of China on Hainan Island, it is almost New Year’s Day.
Fortunately, for the Hainanese, there are many ways to mark the beginning of autumn. You can so it according to the solar term. which begins Autumn in August, or you can do it astronomically, when it is started by the Autumn Equinox which is calculated by the Earth’s orbital position around the Sun. If you are using climatic statistical data, autumn begins from September and judges from the daily average temperature. The first day of the successive five days in which the daily average temperature is between 10℃ (50F)and 22℃ (72F) is considered the initial day of autumn.

Although Start of Autumn indicates the beginning of autumn, hot weather will not come to an end. The period of hot days after Start of Autumn, usually lasting for 30 days, is called “Autumn Tiger” in China. Americans might be more familiar with this period as “Indian Summer.” It is sometimes pleasant but because of decreasing precipitation, most often the heat is even more sweltering than during Major Heat (July 23-August 7).

On the first day of the Start of Autumn, usually people will weigh themselves and compare their weight to what it was at the Start of Summer. If one has lost weight during the summer, then traditionally, at the beginning of autumn, he or she needs to put the weight back on for winter by eating many different kinds of delicious food, especially meat. In Hangzhou, people eat peaches on the Start of Autumn day. The peach stones are kept until New Year’s Eve and thrown into the stove, burned into ash. People believed that in this way, plagues could be prevented for the whole year. It is also harvest time for Taiwan longan. People believed that eating longan will help their descendants become senior officials but eat them because they are delicious. It’s hard for me to get longans, but peaches are really good right now. No just longas are harvested now. This is one of the busiest times for farmers. The saying goes “If it rains on the day of the Start of Autumn, a good harvest is expected.” So it was brief showers but we got rain.

In Shandong province, people make dumplings for Autumn Commences and call it “Eating the Autumn”. On the day of Start of Autumn, senior members of the family will stand in the middle of the hall, and pray for good harvest, then the family will have dumplings. Starting from the Tang Dynasty (618-907) people in Yiwu, Zhejiang province, have eaten red beans on Start of Autumn day. They take seven to 14 little beans, swallowing them with well water. When swallowing the beans, one must face west, it is said, to prevent dysentery during the autumn. During the Qing Dynasty (1644-1911), people would put gourds outside for a day before the Start of Autumn, and eat them on Start of Autumn day to drive off the summer heat. Today people in Tianjing still keep this custom, believing that eating melons such as towel gourd, white gourd and bitter gourd can prevent diarrhea in autumn and the coming winter and spring.

I think the best custom is the one of “Touching Autumn” in the northern part of Yancheng, Jiangsu province. On the eve of Autumn Commences, people can touch and take for free all kinds of fruits as they like in private or public gardens, and the owners will not be angry, no matter how much they lose. Many gardeners even leave some ripe fruits in the field on purpose for the guests during the night. How long such a generous custom can endure in the modern age is anyone’s guess.

In ancient China, people put a lot of emphasis on Autumn Commences, since they regarded it as the significant point when the harvest intensified. As recorded, in the Song Dynasty (960-1279), potted Chinese phoenix trees would be moved into palace halls on the day of the Start of Autumn. At the exact time of the Start of Autumn, the official would shout “autumn is coming!” Then along with the falling of several phoenix tree leaves, autumn began. 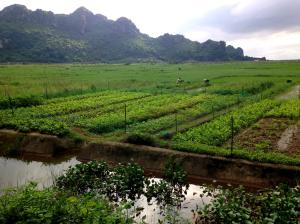